The Bible is the final authority in all matters of belief and practice because the Bible is inspired by God and bears the absolute authority of God Himself. Whatever the Bible affirms, Baptists accept as true. No human opinion or decree of any church group can override the Bible. Even creeds and confessions of faith, which attempt to articulate the theology of Scripture, do not carry Scriptures’ inherent authority.
2 Timothy 3:15-17; 1 Thessalonians 2:13; 2 Peter 1:20,21

AUTONOMY OF THE LOCAL CHURCH

PRIESTHOOD OF THE BELIEVER

“Priest” is defined as “one authorized to perform the sacred rites of a religion, especially as a mediating agent between humans and God.” Every believer today is a priest of God and may enter into His presence in prayer directly through our Great High Priest, Jesus Christ. No other mediator is needed between God and people. As priests, we can study God’s Word, pray for others, and offer spiritual worship to God. We all have equal access to God — whether we are a preacher or not.
1 Peter 2:5,9; Revelation 5:9,10

The local church should practice two ordinances: (1)baptism of believers by immersion in water, identifying the individual with Christ in His death, burial and resurrection, (2) the Lord’s Supper, or communion commemorating His death for our sins.
Matthew 28:19,20; 1 Corinthians 11;23-32

Every individual whether a believer or an unbeliever, has the liberty to choose what he believes is right in the religious realm. No one should be forced to assent to any belief against his will. Baptists have always opposed religious persecution. However, this liberty does not exempt one from responsibility to the Word of God or from accountability to God Himself.
Romans 14:5,12; 2 Corinthians 4:2; Titus 1:9

Local Church membership is restricted to individuals who give a  testimony of personal faith in Christ and have publicly identified themselves with Him in believer’s baptism. When the members of a local church are believers, a oneness in Christ exists, and the members can endeavor to keep the unity of the Spirit in the bond of peace
Acts 2:41-47; 1 Corinthians 12:12; 2 Corinthians 6:14; Ephesians 4:3

TWO OFFICES IN THE CHURCH

SEPARATION OF CHURCH AND STATE

God established both the church and the civil government. He gave each its own distinct sphere of operation. The government’s purposes are outlined in Romans 13:1-7 and the church’s purposes in Matthew 28:19 and 20. Neither should control the other, nor should there be an alliance between the two. Christians in a free society can properly influence government toward righteousness, which is not the same as a denomination or group of churches controlling the government.

1. Baptists are ancient, and our ancestry can be traced through the vital principles established and set forth by our Lord Jesus Christ and His disciples in New Testament churches.

2. Baptists are not “Protestants,” as our testimony extends much further in history than that of Martin Luther or John Calvin.

3. Baptists are not “Reformed” in theology or practice, for our view of the church could never allow the marriage of church and state.

4. Baptists are not “Calvinists,” for the doctrines of grace were believed and preached long before John Calvin preached in Geneva.

5. Baptists are not “Arminian” in theology, for our forefathers preached the Gospel with fervor long before the time of Jacob Arminius, and believed they were enabled by God to persevere.

7. Baptist heritage is far older than “Fundamentalism,”* or the era of the city-wide revival campaigns, or the time of the old Evangelical Alliance.

8. Because Baptists have suffered at the hands of Papists and Pedobaptistic Protestants alike, we ought to venerate and remember our historic testimony far above the testimony of our persecuting enemies. That is, we ought to revere the testimony of the Paulicians, Peter de Bruys, Henry of Clugny, Balthasar Hubmaier, Henry D’anvers, John Clarke, Obadiah Holmes, Valentine Wightman, Isaac Backus, Shubal Stearns, Samuel Harris, John Leland, John Taylor, Isaac McCoy, et. al. These names should be more commonly known among Baptists than those of D. L. Moody, Ira Sankey, R. A. Torrey, Sam Jones, Gipsy Smith, John Wilbur Chapman or Billy Sunday.

9. Infant baptism is the badge of antichrist, and flirtation with that badge is akin to treason against God’s Word.

10. Ignorance of Baptist heritage, which is so infectious in our pulpits and pews today, is dangerous and must be over come with a renewed teaching of our Baptist heritage and heroes of past generations. 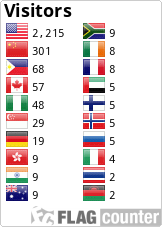